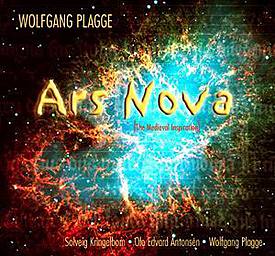 What happens when a massive star "dies"?

In a cataclysmic explosion enormous amounts of star matter is hurled into the Universe and becomes a Nova. This matter contains essential building blocks for the creation of new stars and planets; by its "death" the old star contributes to the giving of new life.

When the Protestantic Reformation reached Norway in 1536 A.D., virtually all of the ancient Gregorian tradition was annihilated. Still Norwegian music of today, both folk music as well as work of art, contain valuable influence from the music of the Middle Ages.

Discover what happens when these ancient times speak through the heart of a contemporary composer - ARS NOVA.