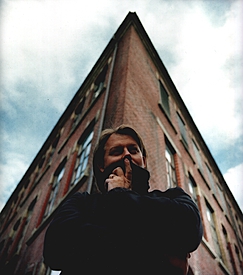 Ole Edvard Antonsen is regarded as one of the worlds leading trumpet soloists today and he is one of Norways absolute biggest international stars. Antonsen has played as a soloist on the major music scenes in more than 40 countries around the world like Carnegie Hall NY, Musikverein in Vienna, Suntory Hall Tokyo, Sydney Opera House, Barbican Hall London, Philharmonie and Konserthaus Berlin, in addition to big stadiums like Olympiahalle Munich, Seoul Olympic Stadium etc etc.

Ole Edvard Antonsen has recorded more than 60 CD´s in all genres for labels like EMI, Universal, BMG, BIS . In 1994 he recorded the official Olympic Fanfare for the winter Olympics in Lillehammer.

Antonsen has premiered more than 60 major works written especially for him. Last 6-7 years he has also composed pieces that he has recorded on CD and played on tours on more than 350 concerts around the world under the title "Musical Landscapes" .